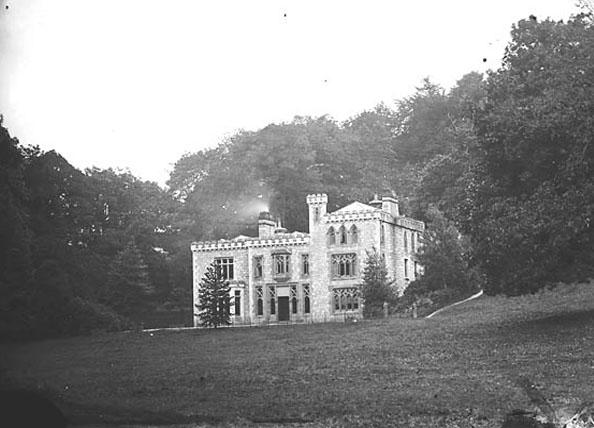 The village of Betws-yn-Rhos has existed since medieval times and there are records of tithes being paid by the village to the church as early as 1291.  It was first referred to as Betws Wyrion Wgan (or the place of worship for the men of Wgan – a local Welsh chieftain). For a while it was known as Betws Abergele but its people  may have adopted Betws-yn-Rhos to distinguish themselves from the growing town of Abergele to the North. The name translates as Prayer House in the Marshes but some scholars insist Betws is an old Celtic word meaning a hollow or low table land which might tally with the reference to marshland.

There are references to residents of the Ffarm, the Wynne family, going back to 1686 but the Ffarm will always be associated with the Oldfield family who bought the land from the Wynnes in the late 1690’s and it was the Oldfields who built the first Ffarm which was completed in 1706. The word Ffarm probably best translates as Manor with the more normal Welsh spelling, fferm, being used to describe a more working farm (the double ff in Welsh is pronounced “f” and the single f is pronounced “v”).

The original Ffarm was a simple two storey manor house – basically a smaller version of Coed Coch to the west but there was intense rivalry between the Ffarm and the Coed Coch estate with the latter having four pews at the church for family and staff whereas the Ffarm could only afford two for just the Oldfield family themselves. You can get a glimpse of Coed Coch from the little lane that branches off the village road to the left as it leaves the village heading west. The rivalry between the Ffarm and the Coed Coch estate led the oldfields to start considering changes at the Ffarm.

Plans drawn up around 1820 show some of the extravagances contemplated with the entrance on the east side via a large castellated tower with a second tower on an extension on the west face. The little oriel window (now above the entrance) appeared on the plans but the Ffarm remained a two storey building with large but rather plain windows. In about 1840 the plans changed and the 2nd storey was added in place of the extension to the west side and the gothic windows made their presence felt. The east side of the house was left largely unchanged except for the castellations which were extended round the farm yard at the rear. 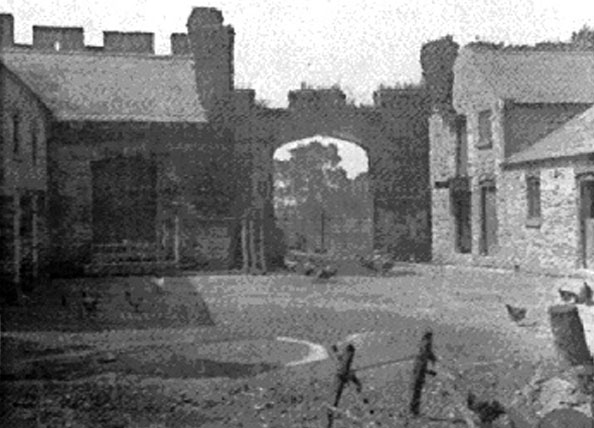 The main Ffarm building is to the right of the picture

The Oldfiled family were large landowners in the area, probably second only to the Wynne family of neighbouring Coed.  Whilst most of the land was leased to tenant farmers the Oldfields still managed a sizable acreage themselves and evidence of the farm yard and its outbuildings are visible behind the Ffarm itself (a rather grandiose arch signalled this was no ordinary farm).

Probably the most prominent of the Oldfields was John and his wife Elizabeth and they had a total of 7 sons and 7 daughters during their time at the Ffarm. John Oldfield is credited with laying the foundation stone to the new St Michael’s Church  on 19 July 1838.

John’s son Thomas is credited with the creation of the current Ffarm in all its castellated glory. He and his wife Janet had a son, John Edward Oldfield (b. 1849), who became an attorney having graduated in law from Oriel College, Oxford. He became a local magistrate and sessions were held at the Ffarm – he is reputed to have held court in the large vaulted hall at the rear of the hall but this would have served equally well as a billiard room and that use is possibly more likely.

John Edward Olfield and his wife, Beata, had one son and two daughters. The son, Anthony (b 1879), served in the army during the Great War and was luckier than many to survive.  His homecoming was the subject of a very large party for the village – all school children and those over 60 were invited to the Ffarm for a sports day and afternoon tea.

The History of the Farm

Anthony Oldfield married  the famous singer and conductress of the Rhyl and District Ladies Choir Miss Rita Landi but their marriage was not blessed with children.  Tragically Anthony, having survived the Great War, was killed whist cycling in the lanes around Betws. He was survived by his father who passed away himself in 1935.  Death duties forced an auction of much of the Oldfield land and properties although sufficient money was raised to allow the Ffarm itself to be retained.  Anthony’s wife moved away and eventually remarried but his two sisters remained at the Ffarm for a period and neither ever married. The last of the sisters died in 1963 and the Ffarm was then sold.

Purchased by Sydney Lomax in 1964 the Ffarm was converted to become a hotel and restaurant and gained a reputation as quite a lively venue – there were tea dances in the vaulted hall at the rear and the ground floor was entirely given over to the bar and restaurant. At this time Betws-yn-Rhos had three hostelries – the Wheatsheaf Inn (formerly the Bee Hive), the Llaisafon (formerly the Saracens Head and the frame for the pub sign is still visible opposite the village shop) and the Ffarm itself.  Betws became a very busy place on a Friday and Saturday night!

The Ffarm Hotel boasted of 9 bedrooms – two with private bathrooms and hot and cold water in every bedroom. In 1985 Sydney’s son Richard sold the land at the front of the Ffarm for housing and the great oak that had dominated the village was felled. In the 1990s the restaurant and bar continued but the hotel gave.

way to apartments before being sold in 2006 at which point the Ffarm was given a long overdue refurbishment and a new lease of life as a boutique B&B. 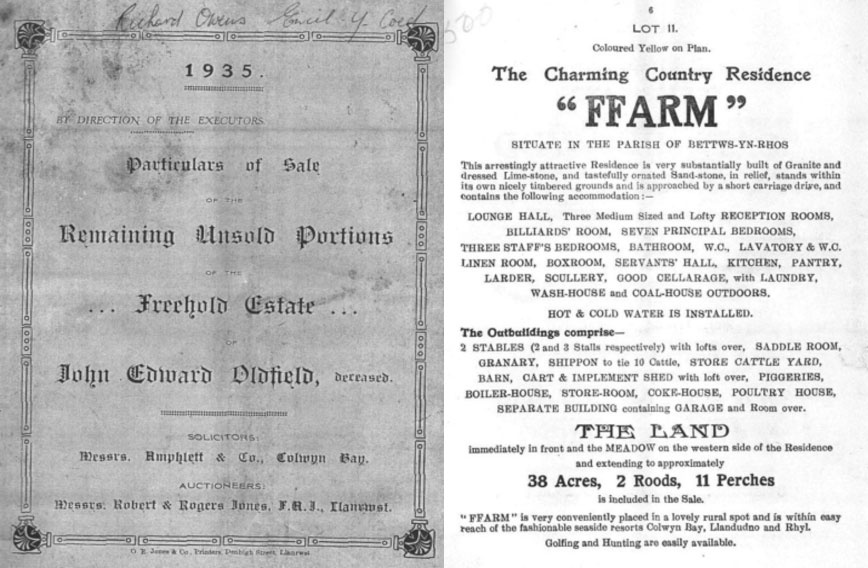 Review scores correct as of March 2022